Jump to content
Good news, everyone. We now have shirts! 👕👕 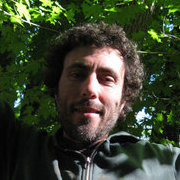 By Vermonter
March 9, 2019 in Identifying Mushrooms